Our corduroy designs in Anna Murphy's Times feature this week We are delighted and grateful to Anna Murphy at the Times for appreciating and highlighting our corduroy designs, especially our Sonnet dress & Sailor pants. Read the entire feature here:

"Cool in corduroy? The moment has come

To be relied upon, for many a long year, at the biannual fashion months: no one — on or off the catwalk — would be seen dead in corduroy. No longer the case. Not at the autumn/winter shows this year. Suddenly a fabric that once semaphored the wearer knew more than was necessary about isthmuses and probably needed to get out more passed for cool.

Some street-stylers wore it sharp, in a super-tailored blazer form, the better to ring the changes since double geography on a Wednesday afternoon. Others went for trousers with a slouch that would certainly have fitted right in in the staff room of Backwell Comprehensive in the 1980s, but stole a march in other ways: here a pair of Balenciaga white stilettos, there some black leather trews. There was not a pipe to be seen, nor a copy of Carl Ritter’s snappily entitled Geography in Relation to Nature and the History of Mankind. (Nineteen volumes, if you are interested.) Take that, Mr Webster.

The catwalks also made sure to assert a point of difference. Dolce & Gabbana lined its black cord greatcoat with leopard print. Longchamp went very green and very quirky: jumbo cord blazer, suede shorts and knee-high patent boots, all in a shade of emerald rarely seen outside Oz. 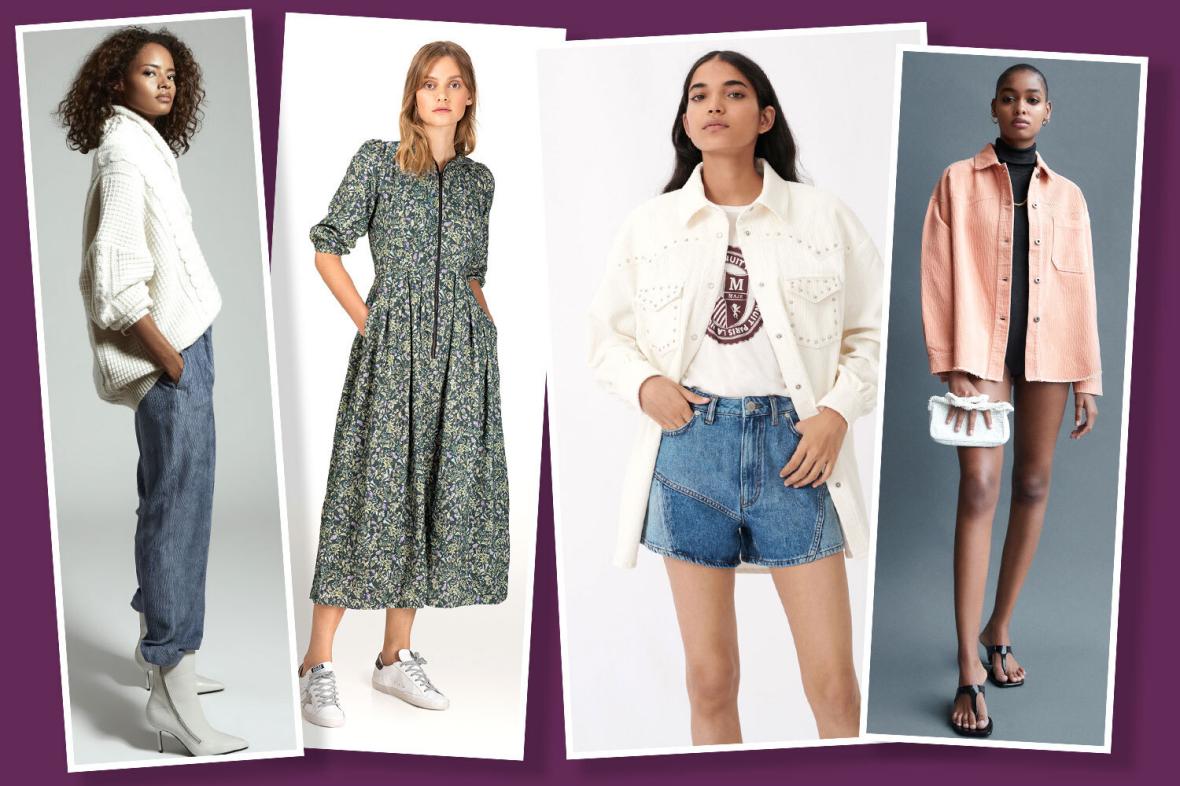 Sure, this was corduroy, although not as we know it, so flashy as to be the nearest we have yet come to the original false etymology of corde du roi, cord of the king. The name was coined in the 18th century to give royal — and, better still, Gallic — razzmatazz to a fabric that was most often produced in Manchester. In France, to confuse matters further, it was known as kings-cords. And in some other countries it was called — wait for it — Manchester.

Anyway. Whatever. Now it’s called chic. And it’s also called flattering. Because one of the reasons for corduroy’s reinvention is down to the fact that the textile has been rendered more sleek, and so can render you more sleek too, as opposed to — and I speak from bitter experience in my youth — more three-piece suite.

That’s why soigné brands such as the tuxedo specialist and front-row favourite Blazé Milano have branched out into the land of cord. Its signature aerodynamic tailoring and “smiley” — for which read curved — pocket detailing are present and correct on the Chance Remark blazer (£1,495, mytheresa.com). Yet they feel like something fresh delivered in mustard cord, the perfect — albeit costly — interface between smart and casual. Freshness in general is actually what this trend is all about, delivering a new feel to an old fabric.

A blazer is the easy route in, which is no doubt why this is the approach that has been so widely embraced by the high street. Boden’s single-breasted Davies blazer comes in a range of hues, from the classroom-appropriate — I particularly like the soft bluey-grey — to centre-stage fuchsia and sunshine yellow (£110, boden.co.uk). Then there’s & Other Stories’ double-breasted navy (£120, stories.com), and Me+Em’s tobacco (£325, meandem.com). 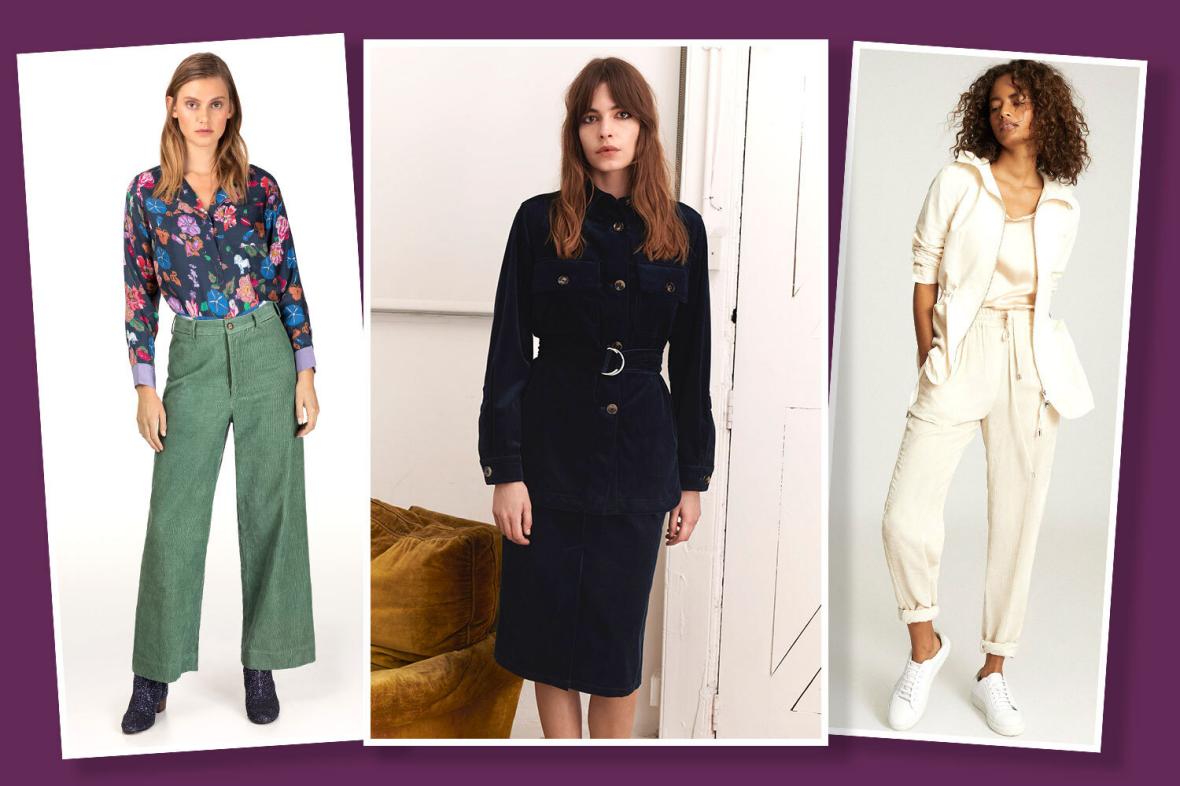 Jacket approach number two is more utility in style, to wit Zara’s overshirt, available in four shades (£25.99, zara.com), or Maje’s, which is white and studded, the better to make like a cowboy with a serious Persil habit (£239, maje-uk.com). Somewhere between tailored and casual is Bella Freud’s delicious midnight blue belted iteration (£425, bellafreud.com).

However, let’s not dismiss trousers out of hand. One of the best pairs of the genre generally that I have found this season is in green cord and comes from the British brand Press Primrose Hill (£195, pressprimrosehill.com). They fit beautifully, and like everything from this boutique operation are ever-after quality. Not to mention light as a feather, with just a modicum of stretch.

Based on traditional sailor pants — as researched by the designer Melanie Press during her time at the nautically obsessed Ralph Lauren — they eschew a side seam. “Some sources claim this helped the originals hold air better if removed and used as an improvised flotation device,” Press explains. “Others believe it was a manufacturing shortcut. Sailor pants would be handsewn from sail cloths, which the men would wrap around their legs and hips.” All I know is that the lines of these trews — also available in a more marina-appropriate robust navy cotton — are superlative for the most bootylicious of landlubbers. 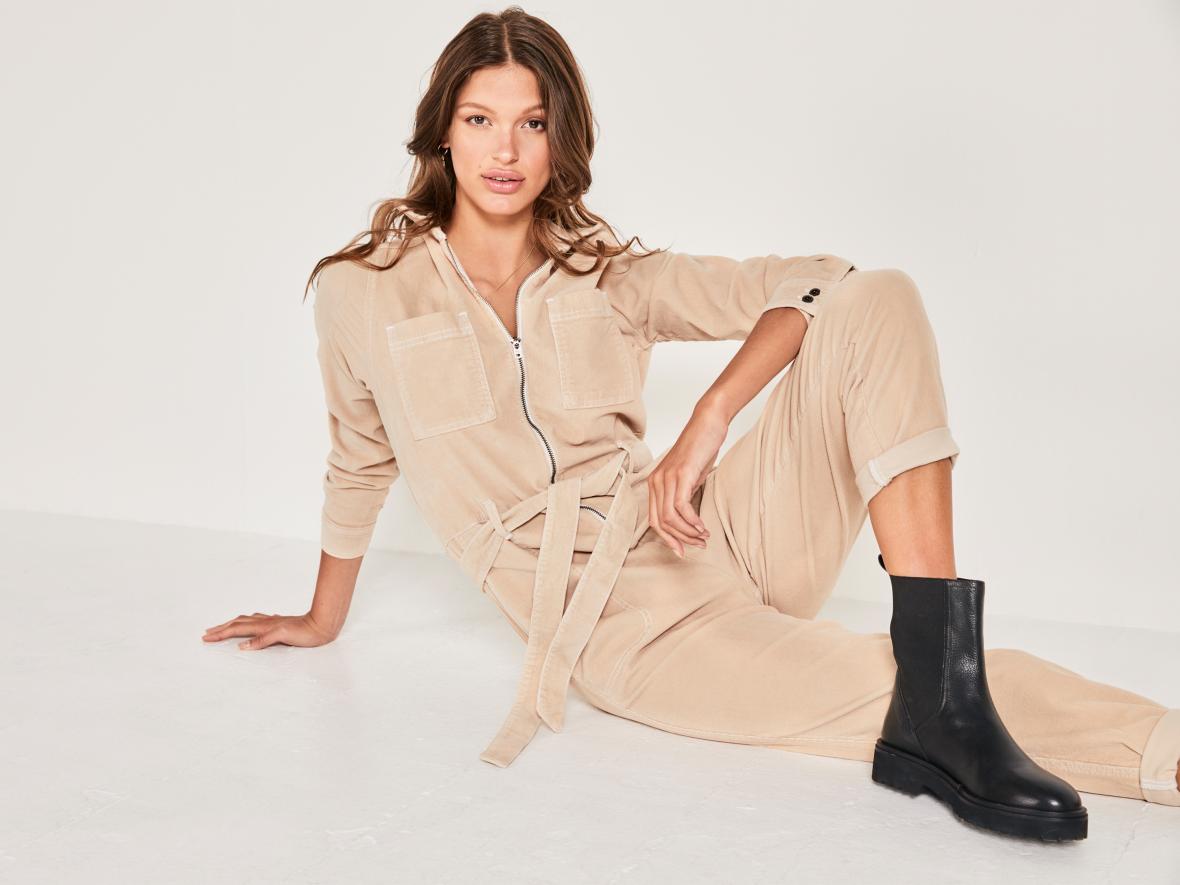 That’s not the brand’s only corduroy offering this season. There’s also a pretty, botanical print zip-front dress (£365) and a pale pink fitted waistcoat tailored by Lardini, an Italian family business that also works for labels such as Burberry (£325). Why is Press such a corduroy fiend? “For me it’s a casual version of velvet. It’s daywear. It’s useful and relevant, and you can wear it ten months a year. I also love that it has a British heritage feel with a 1970s vibe.” Groovy, baby. She insists on using so-called baby wale cord — with approximately 20 wales, or ridges, per inch. “I would never design with jumbo cord. The clue is in the name,” she says, laughing.

Similarly tunnel-visioned — or, perhaps, wale-visioned — this season is Reiss. And it has pushed the envelope further, reinventing the 2020 ubiquity that is track pants in a cream needlecord (£180, reiss.com). Why? “Because you don’t expect cord in a luxe leisurewear guise,” Una Joyce, the womenswear director, says. And it’s that unexpectedness that looks contemporary. “The key is the super-fine needlecord we use, which offers drape and movement. A chunkier cord would be hard to make feminine and sexy.” Also covetable: the baby blue pleat-front trousers (£165), and a silver — yes, silver — blazer, coming at the end of next month. Kings-cords indeed."
Instagram @timesfashiondesk

Comments will be approved before showing up. The new jacket - it's a waistcoat. By Anna Murphy, Fashion Director, The Times. August 26 2020

Similarly up there are the iterations from the boutique British brand Press Primrose Hill, which are made by Lardini, a traditional family tailoring firm in Italy that works for numerous big luxury names. The quality is superlative. Choose from black wool or velvet (£475 and £425, pressprimrosehill.com) or pale pink needlecord or grey houndstooth wool (£325 and £475 respectively).